Yesterday at the Xamarin event that Microsoft organized in Hoofddorp, The Netherlands, I presented a fun session together with Maarten Sikkema (CTO at Macaw, where I work).

We told the story about how we created and marketed a successful consumer app for the World Cup Championship Football 2014: Poollie. We also told a few of the technical lessons we learned along the way (but not all – see this post for more lessons learned)

Of course we demoed the application on iPhone, Android and Windows Phone devices, and showed some of the source and the technology behind the app.

Many developers complimented us afterwards, they said it was fun and valuable J.

Here are the slides, and videos of the Three native apps, one source demo and the Push Notifications demo. NJoy!

The turnout was much larger than originally anticipated. The event location was only meant for 100 developers, but registrations quickly exceeded 200 before the event was marked as sold out.

So half of the developers were asked to come in the morning instead of the afternoon – which they did! And we presented two sessions on the same day. 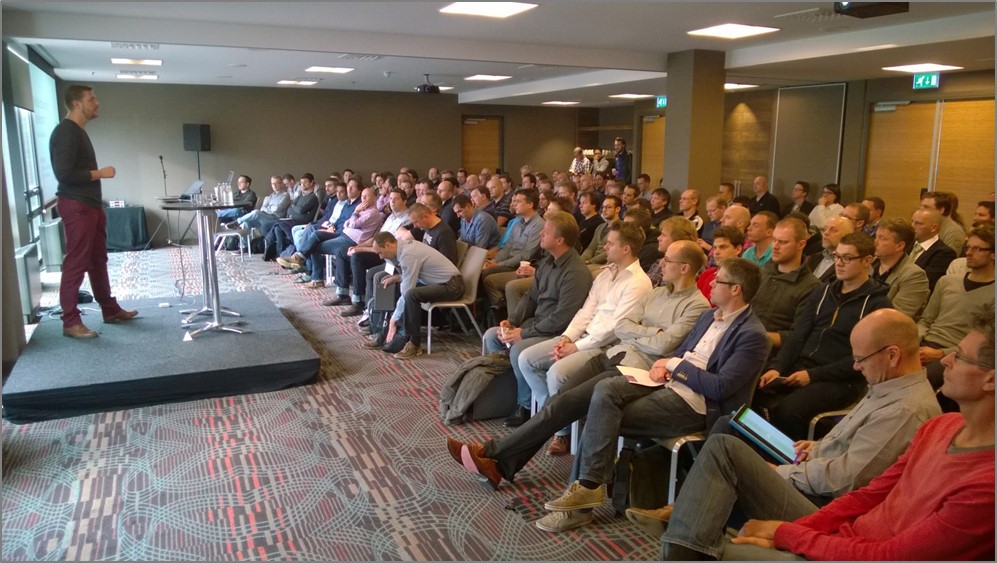 From the audience it was very clear that there are many Microsoft developers who are interested in creating native Mobile apps for Android and iOS with C#, Visual Studio and Xamarin.

This technology combination is very attractive because it give the best possible result – fully native applications – with a very productive combination of language, framework and development tools, and a high degree of code sharing: 75% at the minimum if you have an app with a very heavy and complex UI, and 90% or more when using Xamarin Forms.

Xamarin is gaining a lot of traction – for consumer apps as well as enterprise apps. It’s a good time to be a Microsoft developer J